Bouillante is currently the only geothermal power plant in the Caribbean, and the first of its kind to produce electricity at an industrial scale in France. Geothermal-powered electricity production began in 1996, with total production increasing to 15 MW once Bouillante 2 was brought on line in 2003. Electricity generated here accounts for 5% total generation in Guadeloupe. Cyclical phenomena brought down production between 2007 and 2010, but production has rebounded since 2013 even though major refurbishing and maintenance work have prevented the plant from reaching its maximum potential of 100 GWh.

In March 2016, ORMAT Technologies, Inc., a U.S. company based in Reno, Nevada, signed an Investment and Equity Investment Protocol with SAGEOS, a holding company and fully owned subsidiary of BRGM (French geological survey), to gradually acquire 85% of SA Géothermie Bouillante.

Geothermal energy is especially attractive since Guadeloupe is an archipelago.

The history of the Bouillante power plant dates back to the 1960s, when BRGM drilled the initial wells, and 1970s, when EURAFREP drilled four deep wells.

One of these, a well over 300 m deep, was able to extract sufficient geothermal fluid to power a steam turbine. This discovery led to the construction of a 5 MW-capacity unit in 1984. Bouillante 1 was commissioned in 1986 by EDF and taken over by the BRGM in 1995. 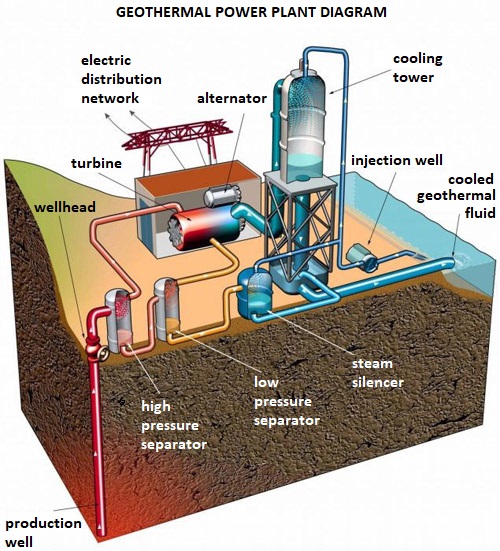 A second drilling campaign began in 2000 to increase the plant’s capacity and improve performance of the available reservoir. Four wells were drilled between 2000 and 2001, accompanied by a second above-ground unit that was commissioned in 2005. The new production unit, Bouillante 2, increased total production to 15 MW and provides approximately 6% of Guadeloupe’s electricity needs. 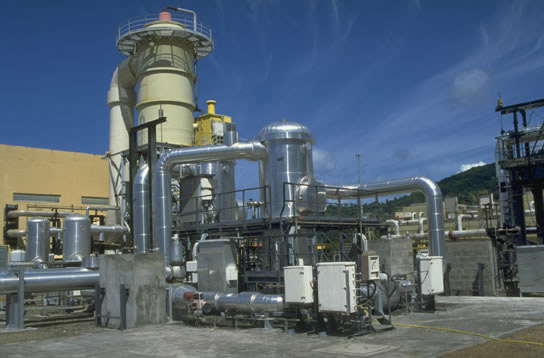 Current figures for geothermal power production are available in the Key Figures tab (available in French only).