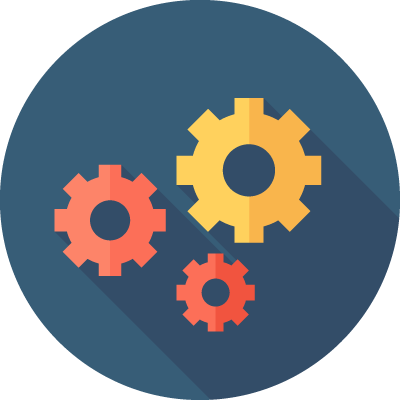 The Multi-Year Regional Energy Plan for the Exploration and Development of Renewable Energy Sources and for Sensible Energy Use (PRERURE) noted the burden of residential and tertiary construction on Guadeloupe’s energy demand as early as 2008, showing that they accounted for more than 85% of total electricity consumption. This was a concern, especially since there were no thermal building regulations adapted to the local climate and lifestyle.

The Thermal, Acoustic and Ventilation Regulations for French Overseas Departments (Réglementation Thermique, Acoustique et Aération, RTAA DOM) took effect in May 2010 in part to address this issue. To pursue this approach at the local level, the Regional Council of Guadeloupe used its habilitation (delegation of rule-making authority) to enact its own rules on managing energy demand and developing renewable energies, to establish specific thermal regulations for Guadeloupe. This work began in January 2019 with the completion of a technical assessment of Guadeloupe’s Thermal Regulations (Réglementation Thermique de la Guadeloupe, RTG) (in French only) whose conclusions were used in consensus workshops and, more generally, in creating the regulatory mechanism.

The consensus to create these regulations was driven by stakeholders in the construction industry and emanate from the Regional Council’s desire to incorporate local expectations into the process. This meant:

The regional government met on three occasions with construction professionals to draft Guadeloupe’s thermal building regulations. These workshops were designed to incorporate all points of view, so a variety of stakeholders were invited to join and others could join by request.

A consensus website (in French only) was also created and used to share technical documents (such as calculation tools for local stakeholders to test) and meeting minutes. Participants could react to proposals in the forum section.

The purpose of Guadeloupe’s Thermal Regulations (French acronym RTG) is to improve the energy efficiency of residential and tertiary construction in the context of local conditions. These regulations cover four areas: 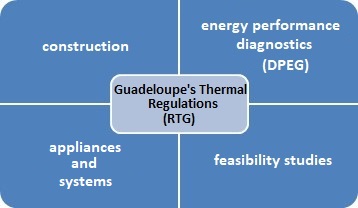